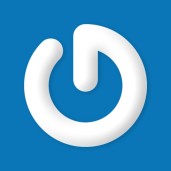 BaconFest Hopes To Bring In The Bacon For Local Nonprofit The 2015 Atlanta BaconFest will offer up a sizzling menu of bacon, beer and bands at Masquerade Music Park on Saturday. The annual outdoor festival is a fundraiser for Dad’s

The Atlanta St. Patrick’s Parade is a time honored tradition. In fact it is one of the oldest running parades in the U.S. It started in 1858 with a handful of people participating and hasn’t looked back since. This year,

Members of the Seed & Feed Marching Abominable, an Atlanta community band, play at last year’s Bacon Fest, the annual fundraiser for Dad’s Garage Theatre in Inman Park. More than a ton of bacon is served at the event. Photo

AJC includes Aboms in 10 things every Atlanta resident should do

At the top of the list: “Take in a parade with personality. (Intown Atlanta) Inman Park Spring Festival’s parade is a people watching paradise. Colorful costumes, creative themes, and the Seed & Feed Marching Abominable invite spring with sass and funk.” More

This is aerial footage of the Art on the Atlanta BeltLine Lantern Parade and the Abominables have been proud to participate since the beginning in 2010. The Lantern Parade officially opens the temporary art exhibition each year on the first

INtown Atlanta Marches Into Fall with the Abominable

“Parades are eclectic in general, but Avondale Estates’ Independence Day parade was unusually unique. The Seed and Feed Marching Abominable looked like the type of folks who’d march down the street on any given day whether people were watching them or

AIB LifePlus Features the Fun of the Abominable!

AIB LifePlus shares stories about Rock and Roll to the Rollicking members of the Seed & Feed Marching Abominables and McKinnon’s Louisanne’s piano bar — what is it about the Sound Track of our lives that keeps us healthy? Also